The Naturalis Historia is an encyclopaedic work written by Pliny the Elder (23/24 – 79 AD) known to us in 37 books. The work, dedicated to the emperor Titus, is a collection concerning all human knowledge, and for constitutes a unique and irreplaceable source of information on the ancient world for contemporary readers. It offers a wide range of information, quotations and traditions on various aspects of nature and culture. The Plinian encyclopaedia comes to a close with a heartfelt salutation to Nature. Pliny declares to have consulted around 2,000 volumes,
by at least 100 authors, summed up in 20,000 sheets.

With a taxonomic vocation, the work deals with astronomy and meteorology, geography, anthropology, zoology, botany, mineralogy and all the relevant ‘sub-categories’. Apart from the obvious citations concerning the deployment of manure in agriculture, in the section on ‘medicine and pharmacology’ Pliny presents numerous curative proposals arising from the use of the droppings of various animals; book 28, in particular,
brings together a great number of these ‘medical preparations’ which may appear today as straddling the border between tradition and superstition.

For example, we may read that “Æschines the Athenian used the ash of excrements for quinsy, sore tonsils, sore uvula, and carcinoma. This medicament he called ‘botryon’;” “Those stung by a scorpion are helped by she-goat’s dung, more efficaciously if it is boiled down in vinegar;” “Brick-red spots and discolorations of the skin are removed by calf dung kneaded by hand with oil and gum;” “Midwives assure us that a flux, however copious, is stayed
by drinking the urine of a she-goat,or if an application is made
of her dung.”[1] 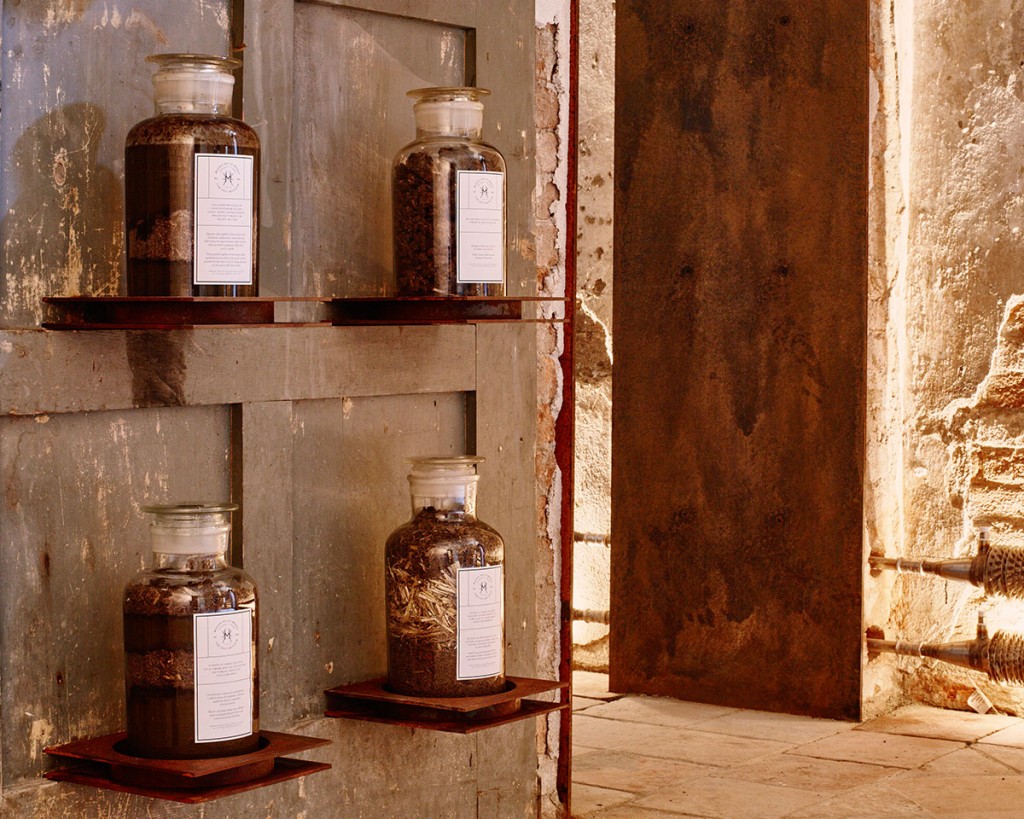 For the Shit Museum, a number of these ‘formulae’ have been transcribed onto labels with the logo of the Museum, placed on glass containers filled with vegetable elements mixed with the ‘digestate’ produced at Castelbosco by Gianantonio Locatelli.
The operation lies between the citation and the metaphor, presented as a contemporary art installation, given that (on the basis of the philosophy underpinning the whole project of the Shit Museum) art is the primary instrument in that notion of the metamorphosis and regeneration of nature and culture. It is no coincidence that also Naturalis Historia, in the section of mineralogy, deals with art in its own way; as Maurizio Harari notes: “Nature is in fact the boundless and multiform ‘rhythmic’ object of Pliny’s study […] The final books of his treatise are thus dedicated to the mineral kingdom, which is acknowledged as possessing its own kind of biological vitality: that potential for ceaseless self-transformation which was to inspire the alchemists of the Renaissance.
The figurative arts are covered by his classificatory system because they are the privileged sites of material transformation: goldsmithery and jewel-making transform metals and gems, just as sculpture transforms copper and marble, and painting transforms coloured soils; for Pliny, the work of art (or that of skilled craftsmen) is in a certain sense a natural product, an illusory nature reinvented within the real (and divine) one, manipulating other products (stones, earth and metals), which already withheld the potential for that illusion." [2]

[1] All four quotations mentioned are taken respectively from Pliny the Elder, Naturalis Historia, translation and notes by U. Capitani and I. Garofalo, Einaudi, Turin, 1986, vol. IV, Medicine and Pharmacology, XXVIII, 10, p. 55; XXVIII, 42, p. 147; XXVIII, 50, p. 173; XXVIII, 77, p. 243. The cited Italian edition is also used for the choice of excerpts used in the ‘Plinian installation’ on display in the Shit Museum.