On the basis of an experiment carried out a few years ago in the research & development department at Philips Lighting, the extraordinary potential of generating soft light flows through a process of bioluminescence emerged, using genetically modified bacteria feeding off methane gas. The setup is based on the principle of transforming matter in which the production of methane is foreseen in the wake of the ecological conversion of domestic compost. Through a careful dosing of methane, the bacteria found in special transparent ampoules give off a constant light, 100% organic, due to the luciferase enzyme and its luciferin substrate, thus achieving the characteristic yellowy-green colouring to be found in similar natural phenomena. 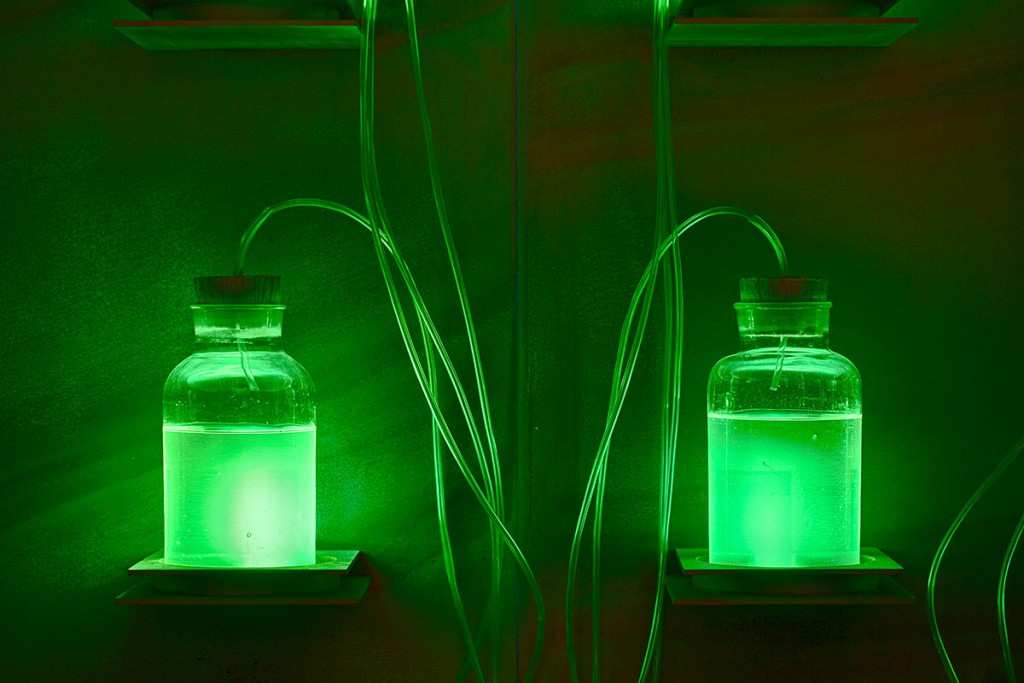 In the specific case of the Castelbosco Museum, the presentation of a simulation of this phenomenon is designed to underline the relationship between the various forms of energy and the relative conversion processes with a view to highlighting the great potential offered by such natural resources. The aim is to demonstrate a principle of efficiency and recycling within an agricultural production model revolving profitably around its harmonisation with the environment, while pursuing sustainability through a broad-reaching and transversal approach. In fact, in each stage of production, including the conversion from organic sewage into methane gas, energy may be channelled into various useful functions, among which we may include the possibility of emitting light by following and emulating the harmonious principle that many living creatures use for their own survival.